I’m reading all this cool stuff about Friday 20th’s solar eclipse, the vernal equinox, Hindi New Year (on Sat 21st), and all the crazy mystic magic stuff about the opportunities created in our lives at these junctions.

I’m taking the hint to write some of this down from the fact that Mum’s (AKA the Mighty Atom’s) cake in Gold Crest today looks like Omega: 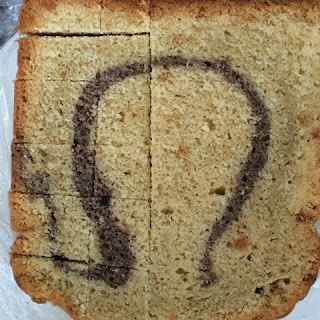 Alpha and Omega. Beginnings and endings.

Casting my mind over the last two months in Africa, and before that my first six months in lovely Lanka, and further back to around Easter time last year when I set in motion some huge shifts that brought me here it is all moving in the right direction!

Developed incredible new water skills in the hands of the Mighty Atom: Butterfly (loving the inherent metaphor in that stroke’s name), underwater diving, swimming, handstands… a little learning about rebreathing my own oxygen.

Had a surgical procedure just under my right eye, and fibroids removed from my back – kind of pedestrian surgery but it’s the first time I’ve had stitches so it’s quite exciting and I was awake for the whole thing so it was quite gory – especially the eye bit. Also got over two viruses and healed all the infections I arrived with when I first got to Tanzania (infected bites, yellow fever jab low, and months of non-stop exuberant living in Lanka).

Began my biomechanic studies with Katy Bowman’s institute – I LOVE her work.

Connected with incredible water women doing amazing things around the globe. Chatting with Easkey Britton in preparation for the Surf and Social Good Summit in Bali was so inspiring and energising. Preparing a position paper for the Summit and adapting some of it into a post for International Women’s Day which was shared by Cori Shumacher’s Inspire Initiative was a real highlight. Can’t wait for the brainstorming and concerted action in May. Join us!

Worked up some viable ideas for my own business… more on that over the next few weeks as I step into my power supported by the amazing Linzi Wilson of Hello Glow.

…and still had time to sleep, eat (a LOT), work out (a bit), stand in Vodacom for hours while they do some gigery pokery to get our internet / phones / lives online, wait in the Biohealth surgery for AEONS, go out for many amazing meals in Mwanza (the loveliest of which was a home-cooked Indian feast of butter chicken and paneer prepared by the wife of my step father, Ian’s, chief dentist at Hope), eat many meals of Ian’s creation, watch two seasons of Masterchef USA, House of Cards Season 3, most of Better Call Saul, Season 1, quite a few movies (including the amazing Grand Budapest Hotel), send money to VJ in Lanka for his electricity connection (it’s still called the Ceylon Electricity Board), take a trip to a music festival in Zanzibar (a paradise island), spend a luxury weekend in Dar Es Salaam, hang from branches in the garden and other places, pick fruits from the trees outside, make a basic but fun birthday video for surfer friend Asanka (Sri Lanka’s reigning champion), and generally be in touch with wonderful people from all over the world…

Not a bad couple of months!

Let’s see what the next two in Lanka will bring…